Should we stop using bioimpedance as a surveillance tool? 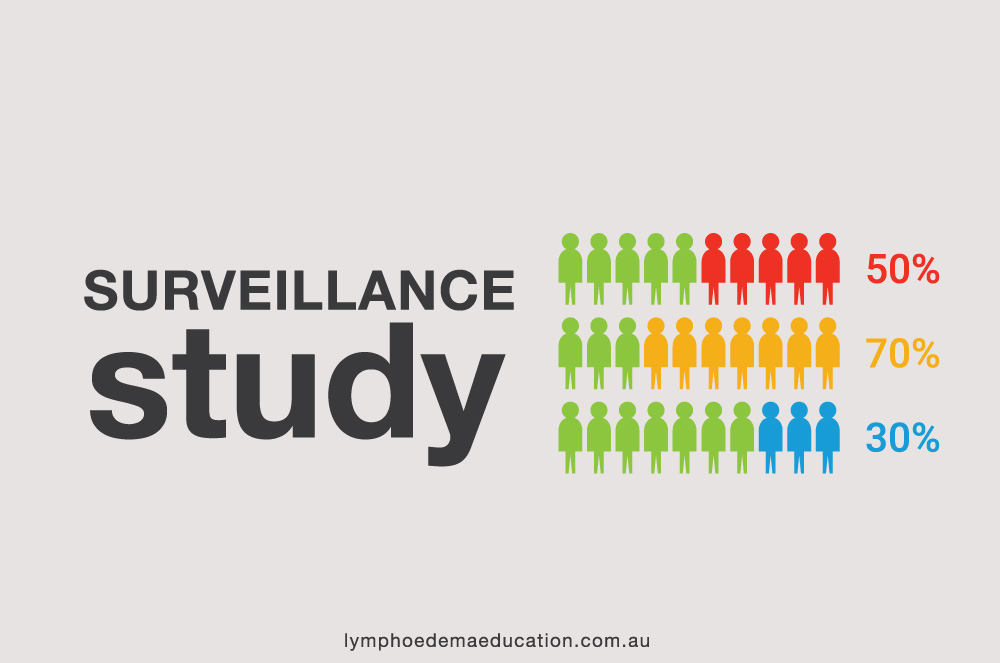 As a physiotherapist and lymphoedema practitioner, I have been using bioimpedance spectroscopy (BIS) as an assessment tool for many years. There have and continue to be many research papers that discuss this topic. It is a tool but not the only assessment tool that informs clinical reasoning as to whether changes to management are made for any particular client. It was with great interest that I read the following article.

This study had a large sample size at the beginning of 1100. By 2 years the number had halved and by 5 years there were only 156 subjects left for follow up. The primary aim was to determine whether BIS (L-Dex) had equal accuracy (sensitivity and speciﬁcity) as perometry for the detection of lymphoedema. Patients were measured with perometry (arm volume) and BIS at baseline and throughout 5-year follow-up. BCRL was deﬁned as a relative arm volume increase (RAVI) ≥10% or BIS L-Dex increase two or three standard deviations from baseline (>7.5 or >10 respectively). Patients with RAVI ≥ 10%, swelling in the lower arm or hand, or BCRL symptoms were diagnosed with BCRL and ﬁtted for compression.

Some of the findings of this study include:

If one only reads the abstract and conclusion you could conclude that you shouldn’t use BIS as part of a screening tool. However, when you read the paper in detail there are a number of questions that arise about some of the definitions and findings that are worth exploring before making a final decision on whether to accept the research findings. These have been grouped into different headings.

Perometry as the most objective tool to measure arm swelling

Does this research and others have the evidence to indicate that it is the most objective tool to measure arm swelling?

In the introduction, the authors state: “Proposed definitions for lymphoedema include:

(c) 2.0 cm circumferential difference at any point between arms and

They go onto state: “Arm measurements are not routine practice in Europe prior to axillary node clearance, but prospective studies have demonstrated that RAVI of ≥5% identifies increased risk of subsequent lymphoedema and is a suitable threshold for considering early intervention.”

In patients and methods, the authors state “The protocol (see supplementary data), predefined lymphoedema as a RAVI as equal to or >10% relative arm volume increase upper arm or lower arm or both from baseline (compared to the contralateral arm).” There is no rationale in the paper or the supplementary data to support this decision.  Even if it was supported when the study commenced the body of evidence is that 10% is too late to stop the progression.  The protocol should have been amended to reflect current evidence. 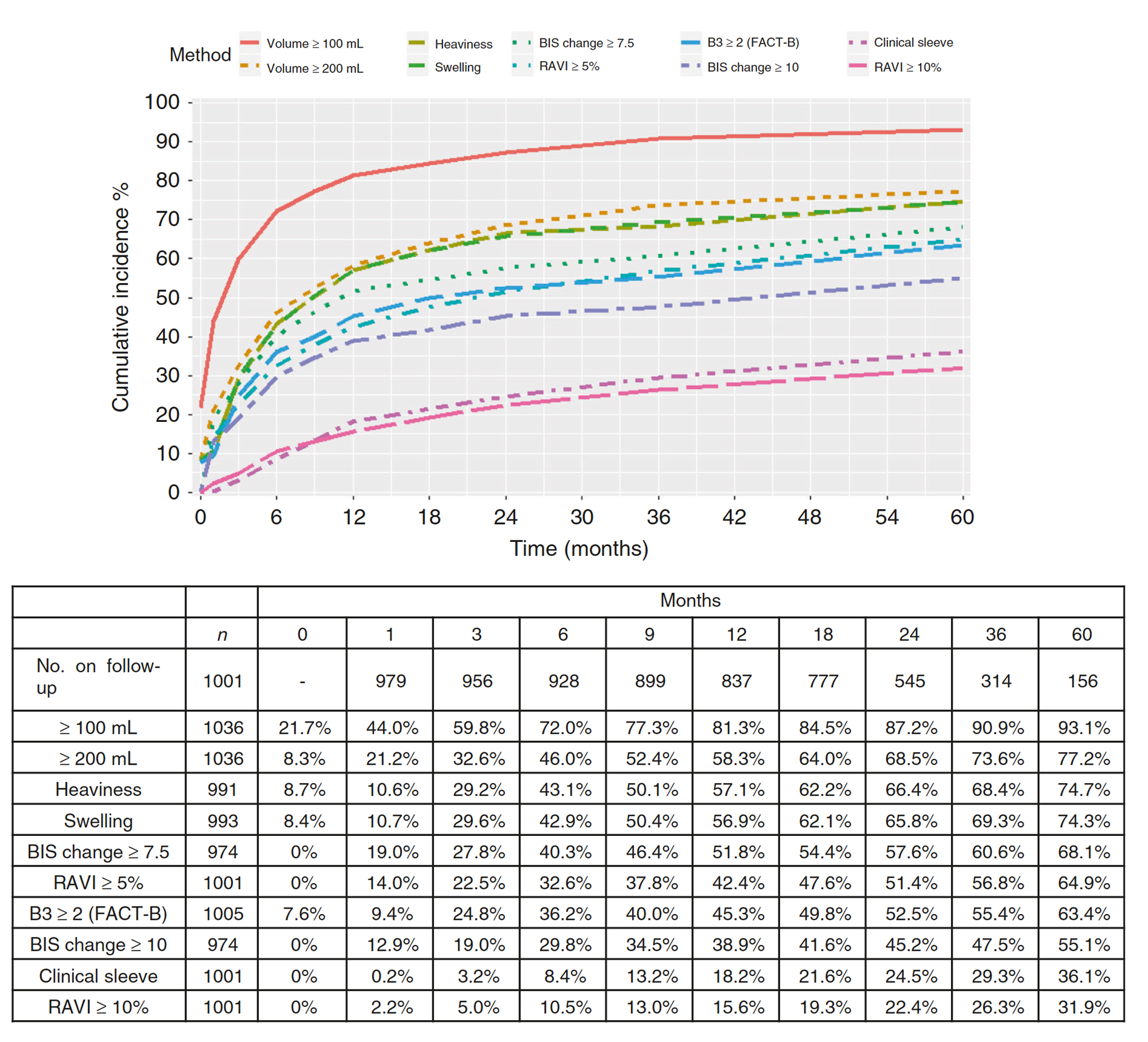 Discrepancies between paper and supplementary data.

Under the protocol heading in supplementary data the authors state: “Indeed, by 24 months, 25.5% of patients had a volume greater than 200ml…”. However, Figure 1 table shows 68% at 24 months. Which is correct?

The abstract states 24.5% underwent sleeve application but there are multiple numbers in the paper these include:

In the results: “Sensitivity and specificity of BIS and RAVI were compared to the 221 patients with a compression-sleeve application (a clinical surrogate for lymphoedema) between 3 and 24 months.”If the number is 221 then 24.5% means the total is 902, where does the 902 come from?

Progression of Lymphoedema: “At sleeve application 187 patients had a RAVI < 20% but despite the compression-sleeves application for 22 (IQR 11–33) months, progression to RAVI ≥ 20% occurred in 29 cases (15.7%).” The data suggests 34 patients had RAVI of >20% when the intervention was commenced.

The supplementary data table S5 shows patients who progressed but there are 3 triggers for intervention – <5%; >5<10%;>10<20% not just RAVI of 10%. The paper states that progression in lymphoedema occurred in 15% of patients despite the use of compression garments for ~22 months. Why did the researchers let the lymphoedema progress for such a long period without further intervention? It is also unclear what type of compression garment was prescribed. The only information provided is that it was a circular-knit compression- sleeve garment. What level of compression was it? Was this consistent across centres? I am a clinician, not a researcher but when I find discrepancies or don’t understand the findings in a research paper I do question the conclusions of that research. I do agree with the authors that “BIS alone for screening for lymphoedema is not recommended”. It never has been. Clinicians know that assessment must include a variety of tools and decisions should never be reliant on one tool. BIS remains a valuable part of my assessment repertoire when screening for lymphoedema. [/av_textblock] [/av_one_full]